Munich isn’t exactly what you’d call a bustling city. It’s moniker “Das Millionendorf” or “Village of a Million” is closer to it. Its population has passed the million mark since the nickname was invented – now something like 1.4 million – but the atmosphere has remained the same. We’re not in the same league as Paris, London or Rome. Which has its advantages. Downtown Munich can be very peaceful on a rainy Sunday afternoon. 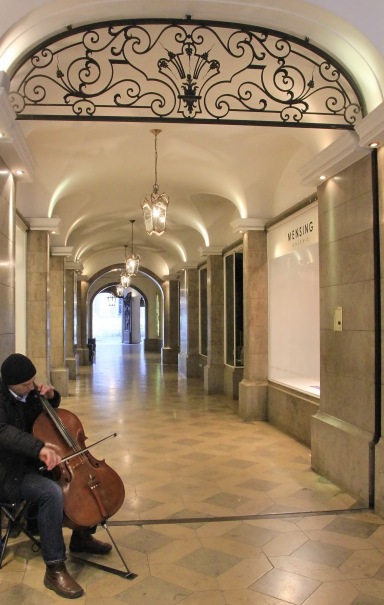 Street musician in the Theatiner Arcades

Click the image for full screen and higher resolution. Here are some more of my Sunday pictures, and from other days as well.

Like Loading...
This entry was posted in In and around Munich and tagged Bavaria, Bayern, europe, Germany, München, Munich, photography, Travel. Bookmark the permalink.

2 Responses to Sunday in Munich